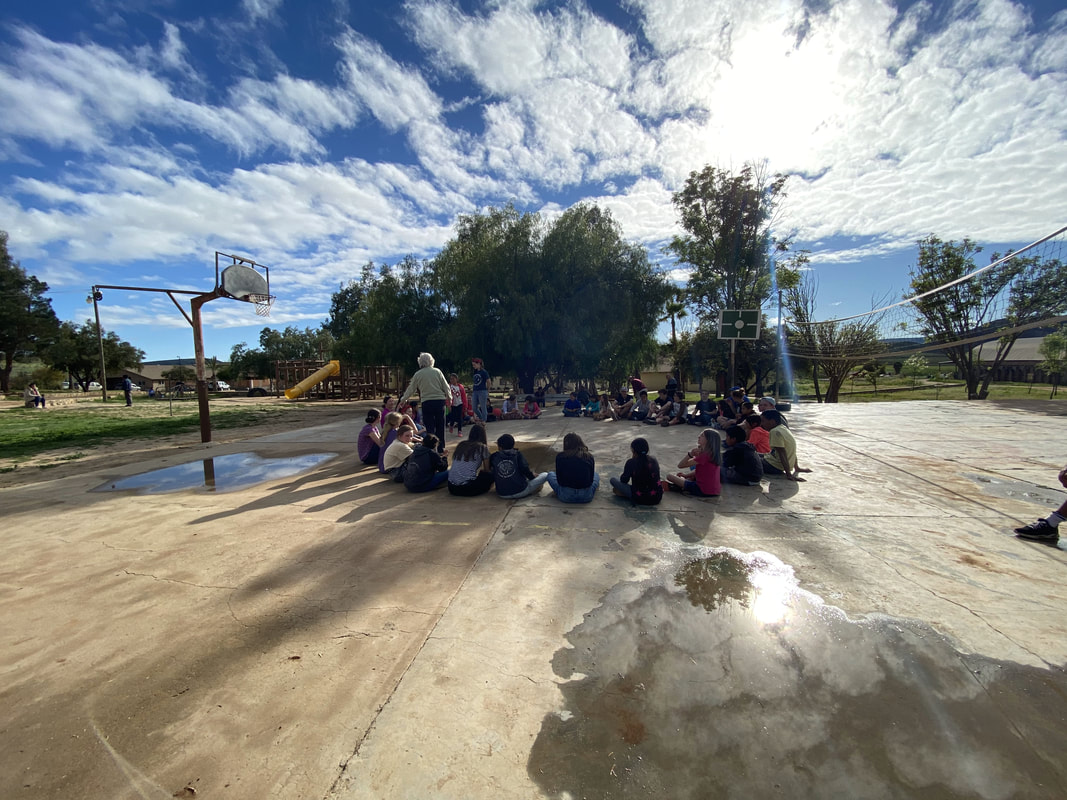 “Now Jabez was more honorable than his brothers and his mother called his name Jabez saying,
‘Behold I bore him in pain.’
And Jabez called on the name of the God of Israel saying
​‘Oh that you would bless me indeed, and enlarge my territory, that Your hand would be with me, and that You would keep me from evil, that I may not cause pain.’
So God granted him what he requested.”
1 Chronicles 4:9-10
Dear friends and family,
​
Greetings and thank you so much for your prayers as we took a team for a week in March to serve at Rancho Santa Marta in Baja California, Mexico.
​
Quick Summary
​RSM is a 450-acre ranch with 50 orphans and an accredited K-12 school for children with learning disabilities.  At least three Mexicans gave their lives to the Lord Jesus Christ, and many others learned for the first time that they could be confident in their salvation, based on their faith in Christ. A high school student and a grandfather gave fabulous science lessons to many students and shot off some rockets to a watching crowd. We spent significant time talking, playing and praying with the orphan children. We grew tons in our trust of the Lord and saw so many answers to prayer as we sought wisdom and protection.  Praise God!
Pictures and Long Version
​In all of our years taking teams to Mexico this was the most challenging and among the most rewarding trips!  No one (except God) could have known months ago when our planning began that the world would turn upside down while we were in Mexico.
Do not cancel the trip, but go to the orphans, and be My representative to them, for me, and as promised!!  Wow! Another mom woke up in the middle of the night with a hymn about serving orphans and knew that she was supposed to go on the trip, too.  Each member of the team had a story.
So, the director of RSM gave our team clearance to interact with everyone.  What the enemy meant for harm God used for our good in that we grew closer as a team. This young lady also had her own, personal renewal with God through all the hours of solitude.
The peace and presence of God was so thick at RSM that it enveloped us like a warm blanket. The perspective we gained there was a wonderful gift, far removed from the fearfulness that has pervaded the world these past weeks.  While our team was quarantined from the RSM staff and students, we enjoyed a beautiful hike up a hill behind the campus and a day at the beach.
​
At just 16-years-old Madelyn is nationally recognized as a future chemical engineer and is doing much in her community in science education.  She and Jerry, the grandfather on our trip, spent three months preparing science curriculum on Newtons three laws of physics, God’s creation, and rocketry to supplement the K-12 classes at RSM.  The kids even had the opportunity to make and launch their own mini rockets, and watch a rocket launch to 800 feet on our last day!
We also had the opportunity to bring craft projects and games to the RSM kids. and host dinners for all of the RSM kids and host parents.

Our construction projects included arc welding to expand the roof of the auto mechanics area, plumbing and drainage work, tile, grout and drywall installation for new classrooms and pouring a concrete walkway between the elementary school and the cafeteria.  We experienced some days of heavy rain which in Mexico is treated like snow in Portland!
Everything stops.  School starts late.  The mud makes walking slippery and driving through the pot holes challenging.  The concrete path will be helpful for all, especially the disabled students with walkers who have a really hard time in the mud.
“Elsa, you have great compassion for these lambs because of what you have been through and God never wastes pain.  You will not only help these lambs to grow, but will help many others.”
Each year we invite the orphan and house-parents over for dinner.  We had a wonderful time this year.  Sometimes when our Spanish was challenged, we used paper and crayons to draw what we wanted to say!
One of the best parts of these trips is the morning and evening devotions, led by different team members each day.  It is thrilling to see how God uses these times to refine us and speak directly to each of us.
​
Later in the week President Trump advised Americans to return to the US or face possible blocked borders.  Timelines were not provided and once again we had to seek God’s direction. The parents met and reviewed all of the information that was available to us.  Also, Brad had for a couple of days felt light headed, tired and weak. We were concerned for him and his ability to drive back. We all then agreed to pray again, and seek how to proceed as a unified team, based on what we heard.  Two team members prayed for Brad and he was instantly healed and has felt great ever since!  When we got back together the parents agreed that we should stay until the Saturday that we were scheduled to return to the USA.  This was also confirmed by Brad’s healing since his health had been a significant factor in the decision.  We ended up having a smooth and quick border crossing and even were able to move our flights earlier at no extra cost.  Praise God everyone got back safely.  We seemed to continually face challenges requiring prayer and wisdom.  Fear was a temptation often, but God made a way each time and gave us victory!
The Bible verses about Jabez in the beginning of this letter are an example of this. He begged God for a new name, a new identity.  He also unashamedly prayed to be blessed.  God wants to bless us.  The problem in America is that we have often misdirected this towards self instead of blessing that can also help others.  Jabez prayed for enlarged borders and territory, not for his own purposes, but for God’s.  He prayed for spiritual authority, power and influence to be used for God’s renown and glory, not his own.  He also prayed that God would be with him, knowing that apart from God he could do nothing in his own strength.  Finally, he prayed to be kept far from evil and temptation so that he would not have to engage in unnecessary battles in life.  Jabez was bold.  We were challenged to study this passage long before the trip, and it was faith-affirming to see these principles play out repeatedly during the trip.
​
We live in an important time in history – a time to pray big!  God wants to use all of us.  He “has not given us a spirit of fear, but of power, love and a sound and well-balanced mind.”  And note the verse right after this: “So do not be ashamed of the testimony about our Lord or of me his prisoner. Rather, join with me in suffering for the gospel, by the power of God.” We can joyfully, and even exuberantly, face sufferings for the gospel, knowing that God’s power is with us.

We hope and pray you find encouragement in our adventures, and that you will trust God with your impossible situations.

Thanks again for standing with us in prayer. We could not have done this without you. If you would like to learn more about our Bible-focused Spanish classes and mission trips, you can do so here: https://www.livingwatersspanish.com/

May God bless you and your family!